Menu
Log in
Register
Install the app
You are using an out of date browser. It may not display this or other websites correctly.
You should upgrade or use an alternative browser.

UK War Office and PoWs of Japanese not best pleased with "Bridge on the River Kwai":

The adventure war film The Bridge on the River Kwai may have swept the board of awards and attracted acclaim as one best films of the 20th century, but the War Office was very nervous “it would not go down well with the British public”, documents reveal.

Letters between the Hollywood producer Sam Spiegel and the UK War Office, from whom he was seeking permission for RAF cooperation in making the 1957 film, show tensions over how its plot depicted the conduct of British officers.

The film is set in a Japanese prisoner of war camp in Burma. Its leading character, British commanding officer Lt Col Nicholson, played by Alec Guinness, at first refuses to allow his officers to perform manual labour on the infamous “railway of death” and the bridge linking Bangkok and Rangoon. Nicholson eventually compromises, deciding that if they are forced to work on it, they will design and build the bridge properly and with pride.

Details of behind-the-scenes clashes are revealed in letters held at the National Archives, showing War Office objections, and the anger of a member of the Fepow committee – Far East Prisoners of War – who stressed officers were obliged to focus on escape and sabotage, rather then cooperation with their Japanese captors.

On being sent the script, a Maj A G Close, from the War Office’s PR department, wrote: “I do not think much of this story. In the first instance it is quite untrue and only very occasionally resembles the facts as they were at the time. I am perhaps biased as I worked for three and a half years on this particular railway.” He had sent the script to others “and they agree with me that it would not go down well with the British public” [emphasis added].

The deputy director of PR at the War Office agreed, saying it was difficult to believe that any British commanding officers would have acted in the way that the character Nicholson did.

The scriptwriter Carl Foreman, who was blacklisted in Hollywood after admitting to being a Communist party member, and was not credited in the final film, tried to reassure the War Office, highlighting script changes, and the fact the film did portray acts of sabotage.

Eventually the War Office grudgingly agreed to RAF cooperation, but stressed it was “not entirely happy about this film story, which does contain certain inaccuracies and which does not, in our opinion, always authentically portray the behaviour and conduct of British officers”.

The War Office sought a long disclaimer at the beginning and end of the film, rejected by Spiegel, who favoured a shorter one. In the end Spiegel’s wording was used, but only at London screenings and not in other parts of the country.

This incensed former PoWs, including Lt Gen Arthur Ernest Percival, general officer commanding Malaya, who surrendered on 15 February 1942 at the fall of Singapore, a fall Winston Churchill described as “the worst disaster and largest capitulation in British history”.

As chairman of Fepow, he wrote to the War Office: “It is reasonable to expect that the public who see the film will think that the events which take place in the film are typical of what actually happened … our members are as a body justifiably proud of their conduct as prisoners-of-war. They suffered a great deal for it and they would now deeply resent the presentation of any film which tended to misrepresent and cast aspersions on their conduct.”

In a blog to be published on the National Archives website this week, Sarah Castagnetti, its visual collections team manager, said: “These letters reveal the difficulty when fiction conflicts with a very personal reality.” 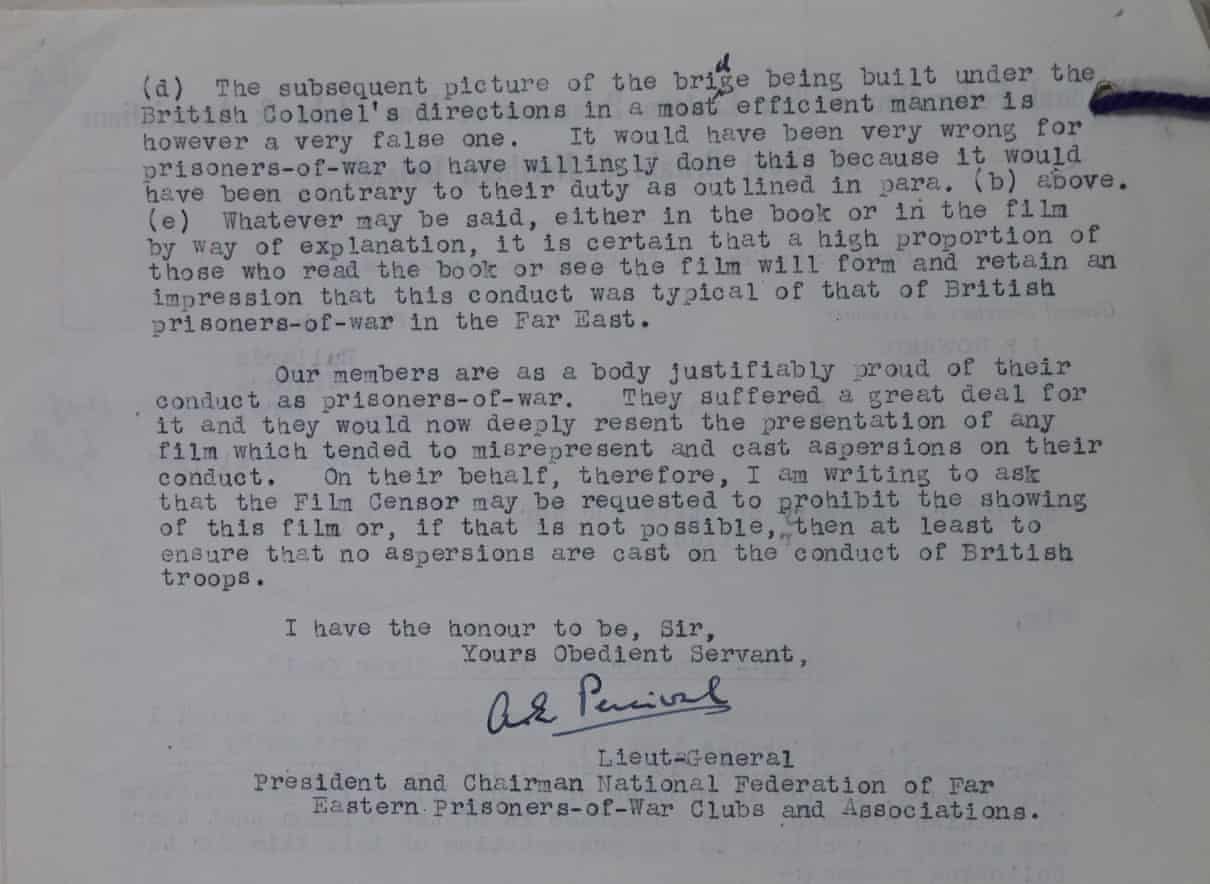 Saw a hidden gem on TV the other night. "Southern Comfort".

Louisiana National Guardsmen get more than they bargained for on a weekend field training exercise. It takes place on the Homefront during the Vietnam era. Although not a war movie, I think the soldiers saw enough action to justify putting it here.

I think I remember seeing that- bunch of Guardsmen light up some hillbillies with blanks as a joke, and the hillbillies come back, with friends, with live ammo. One guy has a smuggled 20 rd mag of ball ammo that they then share around as they try to escape?

Came across this Brit movie from the 1950s on Youtube. It may stray into some of the cliches of the genre, but with some decent actors and overlooking the obvious equipment errors (there probably wasn't a lot of working German equipment readily and cheaply available where they filmed in the Libyan desert), it's not half bad.

David Niven, a Commando in WW2, seems to be reliving his wartime experiences on film. The Way Ahead - Wikipedia

Skip to 9:42 for some good examples of proper battle training

Watched "Beachhead" the other day. Tony Curtis and Frank Lovejoy.

Interesting thing in the notes:

The producers went to the US Marine Corps to seek technical assistance for the making of the film. Although the Corps liked the idea of the film, they refused to provide cooperation. As two of the four Marines were killed in the screenplay, the Public Information Officer said that the Marines would not provide any assistance to any film showing the Corps taking 50 per cent casualties
Click to expand... 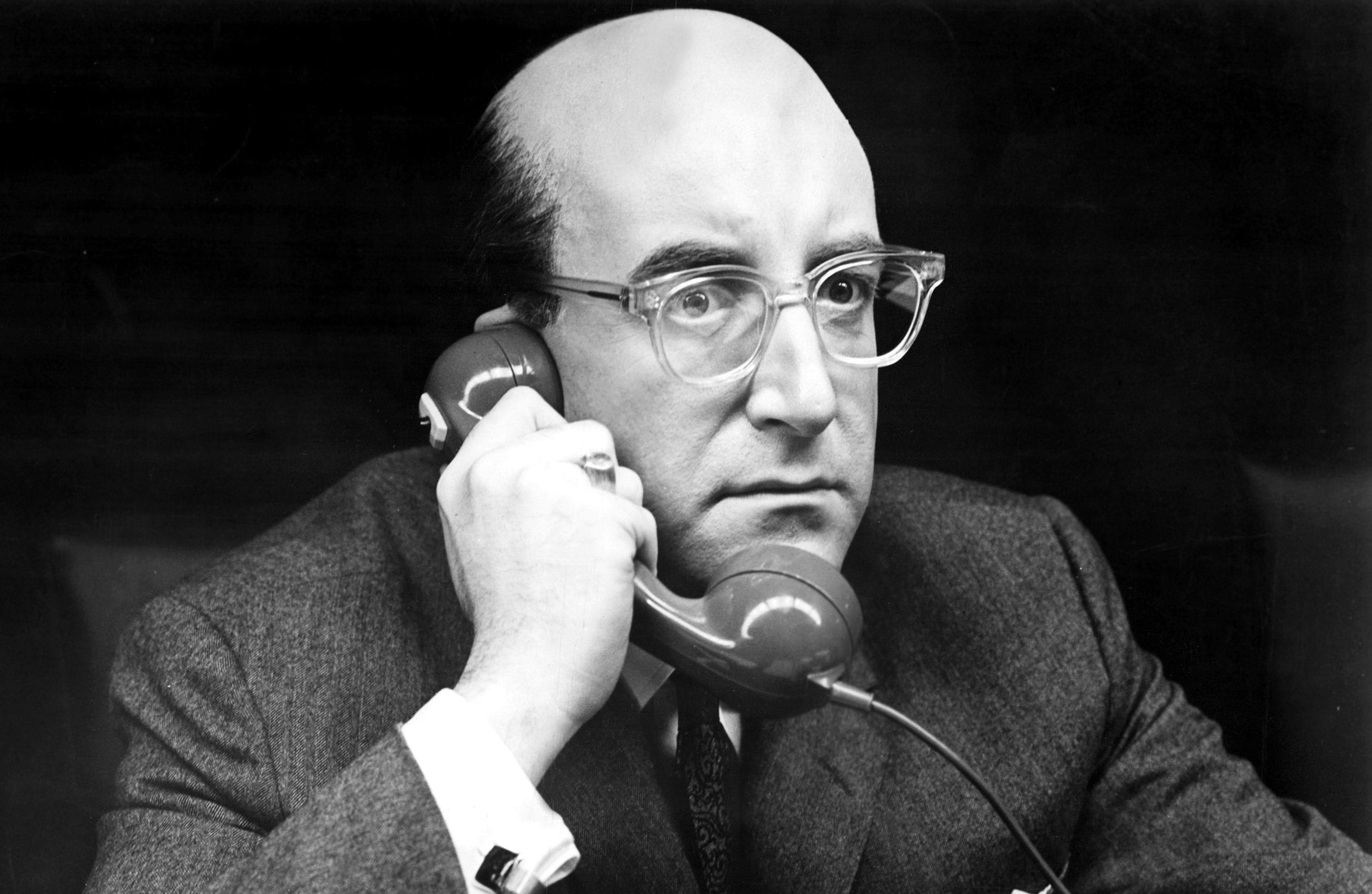 Dr. Strangelove or: How I Learned To Stop Worrying and Love the Bomb

"Time and Inclination: The Influence of “Dr. Strangelove” on a Future Military Movie" 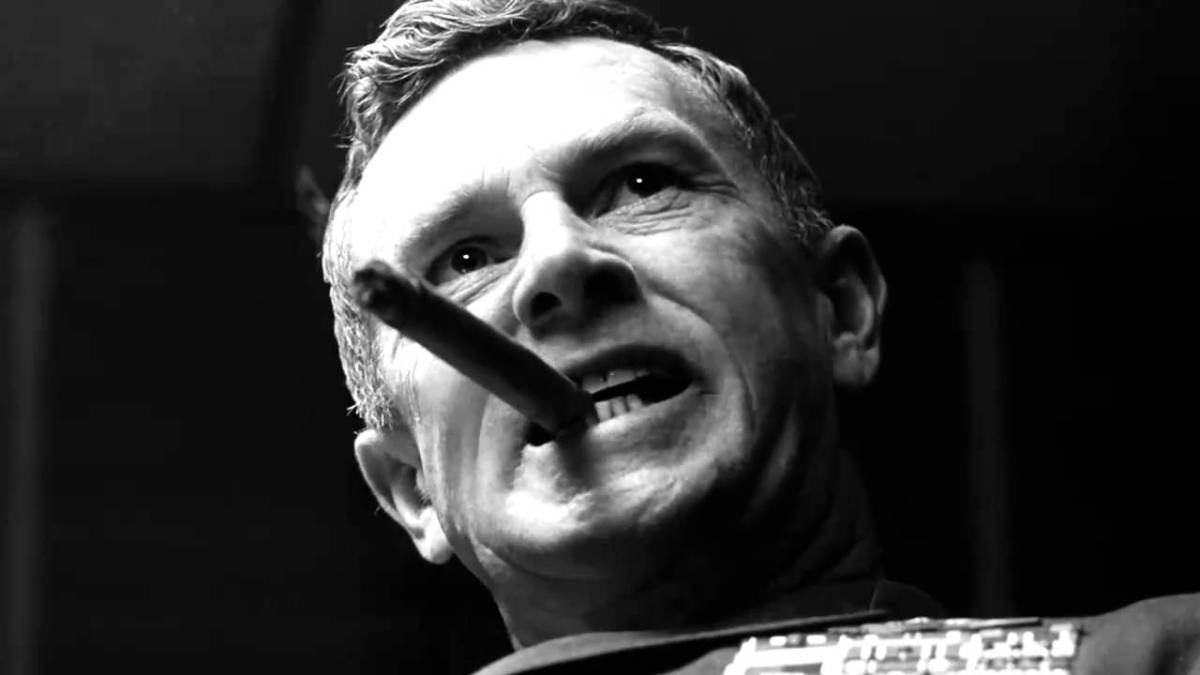 Mark Collins – Time and Inclination: The Influence of “Dr. Strangelove” on a Future Military Movie

Consider this bit with USAF Brigadier General Jack D. Ripper (Sterling Hayden) at 4:20 here, …politicians. They have neither the time, the training, nor the inclination… with Jack…

You must log in or register to reply here.

The Pity of War - Is leading one’s own troops to slaughter ever justified?

The only ones we caught were the wounded